Development of the Story: Novice Fiction Writer at work

The central action of the story first came to me over twenty years ago. I would jot down thoughts, scenes and then go back to it as additional ideas came to mind.

And then in 1999 or so, I would sit down for a timed half-hour a day for a number of days and wound up with 55 double-spaced pages, which pretty much set up the story and would serve as the content for what would eventually become Occupational Hazard’s first nine chapters. 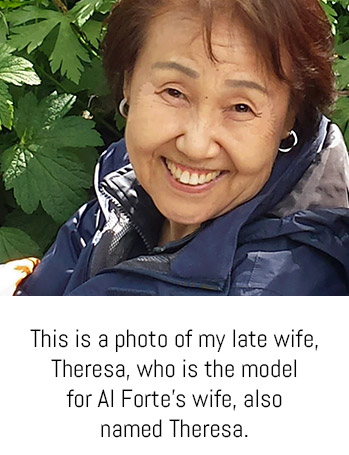 At some point I discussed with my late wife Theresa the feasibility of my doing serious writing while working. Being more realistic than me, she told me that my work and other responsibilities would preclude my doing any significant writing until I retire. This proved to be the case.

After I retired, I would join The Center for Fiction and participated in certain reading groups and at the end of 2016 signed up for a novel writing course taught by Jason Starr. I had read what I refer to as the Max Fisher Quartet which Starr co-wrote with Ken Bruen, and I had reviewed the first three books for the MostlyFiction.com book review website. (Those reviews can be accessed at http://mostlyfiction.com/humor/bruen-starr.htm) As mentioned in the acknowledgment section of Occupational Hazard, I drew upon the story I started for content to do Starr’s assignments and both he and I liked what I wrote, and that was enough to prompt me to pick up from where I left off, fix it up and then work on figuring out the middle and end of the story I had started.

I already knew that the “good guys” would prevail at the end, but did not yet have a clue as to how they would get there.

I was most fortunate to not suffer from any writer’s blocks, and while I had challenges to overcome, I was able to proceed with the writing without any major delays. I finished a solid draft by the beginning of May 2017, about four months after picking up from where I had left off years ago.

For those novice writers who want to know when I wrote, how I wrote (with pen or pencil or typed on typewriter or keyboard, etc.), I did not do anything systematically. I certainly did not wake up at the break of dawn or earlier to write. By the time I would get out of bed, tend to my cats and then myself, go to doctor’s or other appointments or simply go to lunch with a friend or acquaintance, I did most of my writing in the afternoons—more out of convenience than because of it being the time of inspiration. I would first read and edit what I wrote the previous session and then move onto the next segment or chapter.

And I did not write every day, especially if there were appointments to keep and people to meet. But I did not allow the writing flow to lapse or permit the momentum to wane. I kept it moving along without any significant break between sessions.

I rarely wrote in the evenings. The cats and I would have our dinner around 7:30 pm and I would read the paper, answer emails and watch something on TV or on-line. Sadly, both of my cats had to be put to sleep during 2018 due to debilitating illnesses. Patrick was just short of 19 and Mack had just turned 20. I think of them every day.

Many of the “brainstorms” and other break throughs came to me while taking my daily post-midnight shower. Aware of how easy it is to forget things (especially at my age), after drying off I would go to my desk and either jot down some notes or write out a scene or dialogue.

I do not work with outlines, not even during law school. However, at some point, and it was after a midnight shower, the rest of the story came to me and I was able to map out the remainder of the book and wrote out an outline of the last chapters. To my surprise, the writing flowed smoothly from that point.

I am amazed by how imagination works and the crazy ideas that come to our minds. However, I should point out that the story about Jackie Pintero in Chapter 17 is a true story involving me, and like Al Forte, I too had forgotten about it for decades until it came back to me while talking with a friend about what it was like going to a Catholic grammar school. Also, the description in Chapter 14 of Mick’s method for handling ants, rodents and bugs generally is my own proven method. So, personal experience can be a fine supplement to imagination when writing fiction.

Do keep in mind that my finished product still needed, and benefited greatly from, the editorial guidance of my great editor, Linda Hetzer. Click here for Linda’s bio.

In finishing this piece about this novice’s first substantive experience in writing fiction, let me say that I firmly believe that the difference between me and those who want to write and haven’t done so or haven’t finished what’s been started is that I did finish what I wanted to write. So, I urge those who want to write, just do it! Get writing and finish your story! Then let the chips fall where they may.

Why did I entitle the book Occupational Hazard?

In the mid-90’s, a client had a mortgage loan refinance closing scheduled. The holder of a subordinate mortgage that was to be paid off as part of the new financing was in bankruptcy, so a court-appointed bankruptcy trustee needed to sign off on the payoff amount and collect it and distribute it to the debtor’s creditors. I had delivered to the trustee in advance everything he needed to confirm the correct payoff amount, and he confirmed that he would complete his review and be ready by the proposed closing date. For reasons I forget, the trustee informed me at past the 11th hour that he was not ready and that the closing would have to be adjourned. I was beside myself, but maintained my cool and contacted the various parties promptly so they would not come to the closing unnecessarily. I was unable to reach a young attorney for another mortgagee who had already left his Long Island office to travel all the way to downtown Brooklyn. When we finally spoke on the phone, I told the attorney how terrible and embarrassed I felt and I apologized profusely. I never forgot what this fine young gentleman of an attorney said to me in response: “Please, do not worry. It was not your fault. This kind of thing is an occupational hazard for us attorneys.” These words stuck with me and I decided that they would be an appropriate title for this book, expressing the kinds of pitfalls and minefields that attorneys sometimes encounter as part of the practice of law.

I have a number of projects in the works, including a feasibility study to determine whether I should write the biography of a prominent singer/songwriter/performer. Stay tuned.